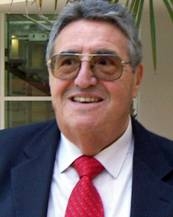 After graduating as a Mechanical Industrial Engineer at Politecnico di Milano in 1961, where he became assistant professor in 1963, in 1969 Walter Nicodemi was nominated Full professor in Steelmaking at Politecnico di Milano. Upon the decision of the Academic Senate he was appointed Head of the Metallurgy Section of the same Politecnico and for three years he worked as Director of the Institute of Physical Chemistry Electrochemistry and Metallurgy at the same university.

In 1985, he was assigned the course of Metallurgy and became Head of the Materials Section of the Mechanics Department of the Politecnico di Milano.

He devoted most of his career to the study of stainless steels, obtaining very important achievements in the development of products and their application and diffusion. In 1968 he won the De Carli Award for his achievements in metallurgy studies, in 1990, the American Society of Materials made him a "Fellow" with the following citation: "for outstanding research and development achievements in stainless and special alloys technology and application" and during the same year he was awarded the Gold Medal of the A.I.M.

During his career he published more than 180 papers in Italian as well as international journals and conference proceedings, and about 10 books on metallurgy in its different fields (physical metallurgy, technological problems, productive plants, etc.). Three of his most significant books were published by A.I.M.

His interests included metallurgical archaeology, and he edited “The Civilisation of Iron - from Prehistory to the Third Millennium”, published in 2004 by the Riva Group.